Amanda picks up where the Diana Rittenhouse series of five ends!

The hot new mystery series includes many of the beloved characters from the Diana books while introducing a new cast of young, unique and sometimes dangerous actors. The Amanda mysteries will feature two books each year!

Could the woman sleeping next to you be a master thief… or worse?

Artist Amanda Rittenhouse is a genius at refashioning old twisted metal into unique sculptures. But the twists of fate in her own life a lot more challenging. Recovering from a devastating breakup, she returns to North Carolina and reconnects with the family she hasn't seen since she left her dysfunctional home when she turned 18.

Despite dealing with some residual mama drama and a new extended family, Amanda decides to stay and try to refashion her own life.  She rents a workspace and booth at Metrolina Tradeshow Expo, one of the largest arts and antiques shows in the country. The other tenants are as varied as their wares and run the gamut from kooky to creepy.

Although Amanda's mom's skill as an amateur sleuth has earned her the local reputation as "a crime scene waiting to happen," the biggest mystery in Amanda's life right now is whether or not the incredibly attractive sister of one of the other exhibitors is straight.  Until one of the exhibitors makes a sensational announcement that turns Metrolina's opening weekend into chaos on steroids. And exposes its dark underbelly of greed, jealousy … 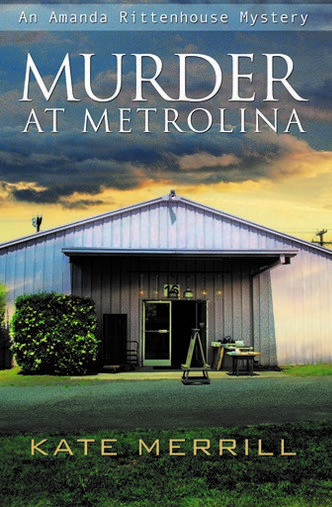