NORTH SHORE features 292 poems by HERBERT MERRILL, written between 1944 and1961. Most were published in major national magazines, establishing an enormous fan base.

Merrill was to the Midwest, what Frost was to New England.

His poems, mostly sonnets, evoke an innocent era steeped in hard-scrabble naturalism. His philosophy suggests optimism in the cycling seasons of nature, yet remains edgy with uncertainty. His folksy characters are more rough-hewn than sentimental.

Each poem delivers completion. Whether painting vivid imagery, offering wry commentary on human nature, teasing out a fresh metaphor, or pondering an existential mystery, each poem’s emotional power lingers long after the page is turned.

NORTH SHORE is the first published collection of Merrill’s poetry and includes approximately one third of his published works.pe your paragraph here.

​In honor of what would have been her father's 105th birthday, Kate Merrill has edited the first ever collection of many of his poems previously published as single works in major national magazines. In these chaotic times, may his words bring you hope and peace. 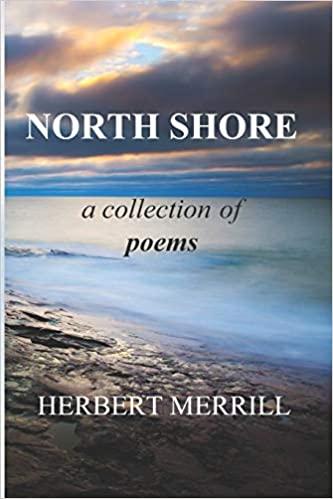