Roots of Flames of Summer

Flames of Summer is dedicated to my father and stepmom---their unique romance.Like Cole and Amelia, their union seemed star-crossed, but when they were eventually able to marry, I was introduced to my stepmom's magical Alabama. FLAMES attempts to capture the ambiance of rural Alabama including the characters, culture, and lingering racial and class tensions.Mostly it celebrates the eternal nature of love.

The oil painting below was done by Susan Jennings of Cole's old shack in the field. 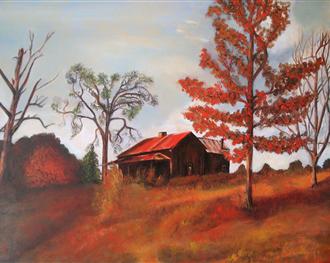